The history of RKL Opava dates back to February 1993, when four partners established an association called RKL Dolní Benešov.Operating activities, results, and especially the trust amongst the partners resulted in a gradual expansion, which led to the founding of the company RKL Opava, s.r.o. The company began its operation on 1st January 1995.

To extend the number of job positions, the company built temporary office facilities in the container cell units. Purchasing the premises of the former driving school in 2001 enabled the company to transform their facilities into a modern workplace and leased office space.

The company"s management is of the opinion that a business engaged in transportation should not further burden town centres with their trucks and therefore should look for alternative routes.After an intensive process, RKL Opava built a completely new logistics centre in Opava, Suché Lazce, where it has operated since 1st October 2012 as a modern technical facility for storage, distribution and housing of our fleet that respects all environmental requirements. 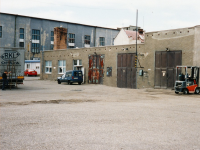 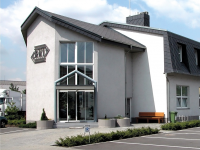 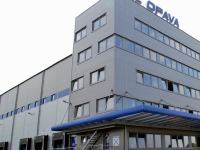 The current building company from 2012

To be able to offer first class products, quality control is of paramount importance to us. We started with product quality management according to ISO 9001:2008 and we have extended it to the SQAS certification system. More...

The corporate structure and distribution corresponds exactly to specific logistics processes and creates a good overview of the departments. More...

Through years of experience, personal approach and the skill of operational planning and solving situations, we guarantee fast request processing and a high level of services provided. More...

Your Partner in Logistics